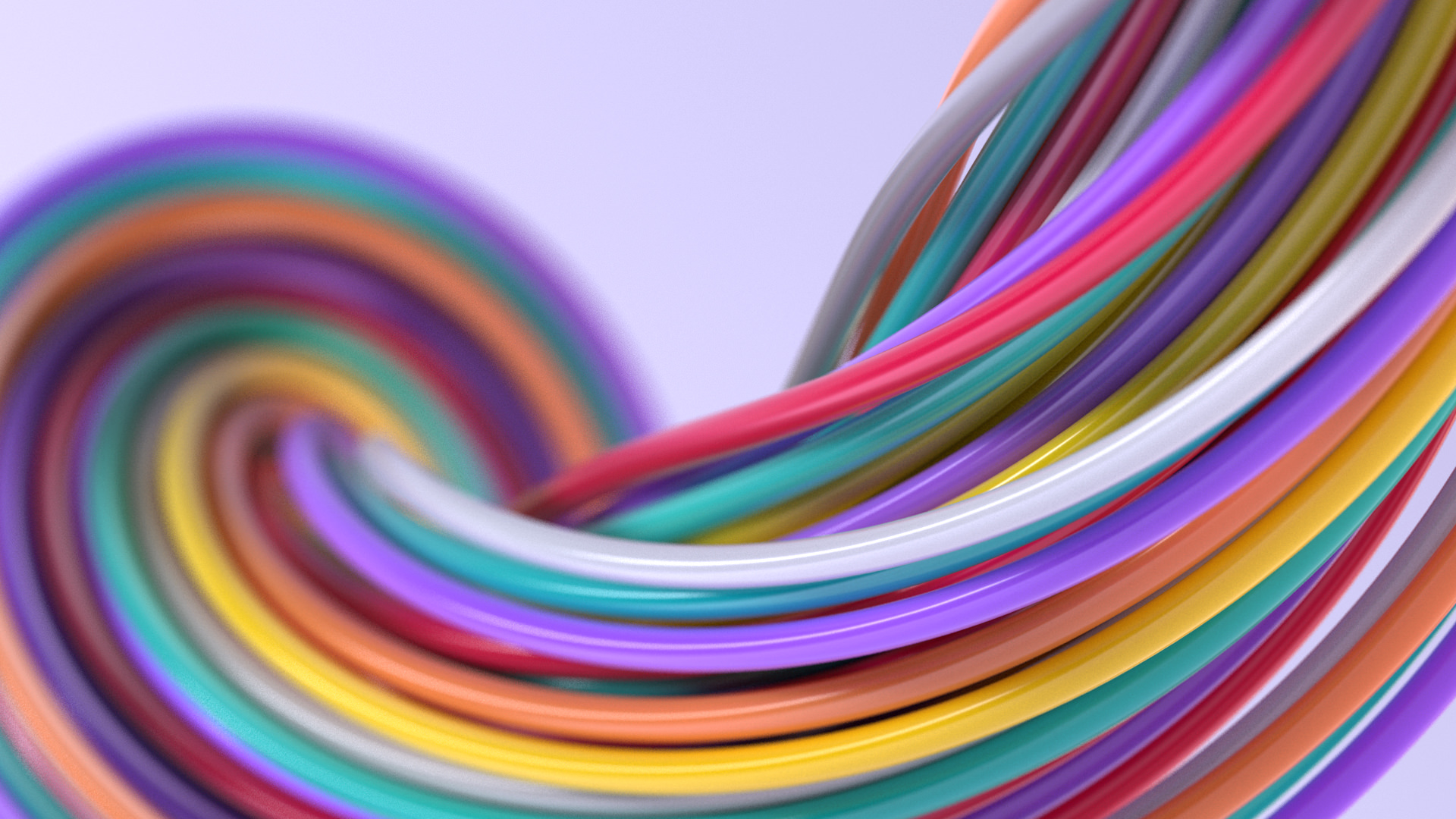 In late 2017 we introduced AlphaZero, a single system that taught itself from scratch how to master the games of chess, shogi(Japanese chess), and Go, beating a world-champion program in each case. We were excited by the preliminary results and thrilled to see the response from members of the chess community, who saw in AlphaZero’s games a ground-breaking, highly dynamic and “unconventional” style of play that differed from any chess playing engine that came before it.

Today, we are delighted to introduce the full evaluation of AlphaZero, published in the journal Science (Open Access version here), that confirms and updates those preliminary results. It describes how AlphaZero quickly learns each game to become the strongest player in history for each, despite starting its training from random play, with no in-built domain knowledge but the basic rules of the game.

I can’t disguise my satisfaction that it plays with a very dynamic style, much like my own!"
Garry Kasparov, Former World Chess Champion

This ability to learn each game afresh, unconstrained by the norms of human play, results in a distinctive, unorthodox, yet creative and dynamic playing style. Chess Grandmaster Matthew Sadler and Women’s International Master Natasha Regan, who have analysed thousands of AlphaZero’s chess games for their forthcoming book Game Changer (New in Chess, January 2019), say its style is unlike any traditional chess engine.” It’s like discovering the secret notebooks of some great player from the past,” says Matthew.

Traditional chess engines  – including the world computer chess champion Stockfish and IBM’s ground-breaking Deep Blue – rely on thousands of rules and heuristics handcrafted by strong human players that try to account for every eventuality in a game. Shogi programs are also game specific, using similar search engines and algorithms to chess programs.

AlphaZero takes a totally different approach, replacing these hand-crafted rules with a deep neural network and general purpose algorithms that know nothing about the game beyond the basic rules.

To learn each game, an untrained neural network plays millions of games against itself via a process of trial and error called reinforcement learning. At first, it plays completely randomly, but over time the system learns from wins, losses, and draws to adjust the parameters of the neural network, making it more likely to choose advantageous moves in the future. The amount of training the network needs depends on the style and complexity of the game, taking approximately 9 hours for chess, 12 hours for shogi, and 13 days for Go.

Some of its moves, such as moving the King to the centre of the board, go against shogi theory and - from a human perspective - seem to put AlphaZero in a perilous position. But incredibly it remains in control of the board. Its unique playing style shows us that there are new possibilities for the game.
Yoshiharu Habu, 9-Dan professional, only player in history to hold all seven major shogi titles

The trained network is used to guide a search algorithm – known as Monte-Carlo Tree Search (MCTS) – to select the most promising moves in games. For each move, AlphaZero searches only a small fraction of the positions considered by traditional chess engines. In Chess, for example, it searches only 60 thousand positions per second in chess, compared to roughly 60 million for Stockfish.

The fully trained systems were tested against the strongest hand-crafted engines for chess (Stockfish) and shogi (Elmo), along with our previous self-taught system AlphaGo Zero, the strongest Go player known.

In each evaluation, AlphaZero convincingly beat its opponent:

However, it was the style in which AlphaZero plays these games that players may find most fascinating. In Chess, for example, AlphaZero independently discovered and played common human motifs during its self-play training such as openings, king safety and pawn structure. But, being self-taught and therefore unconstrained by conventional wisdom about the game, it also developed its own intuitions and strategies adding a new and expansive set of exciting and novel ideas that augment centuries of thinking about chess strategy.

Chess has been used as a Rosetta Stone of both human and machine cognition for over a century. AlphaZero renews the remarkable connection between an ancient board game and cutting-edge science by doing something extraordinary.
Garry Kasparov, Former World Chess champion

The first thing that players will notice is AlphaZero's style, says Matthew Sadler – “the way its pieces swarm around the opponent’s king with purpose and power”. Underpinning that, he says, is AlphaZero’s highly dynamic game play that maximises the activity and mobility of its own pieces while minimising the activity and mobility of its opponent’s pieces. Counterintuitively, AlphaZero also seems to place less value on “material”, an idea that underpins the modern game where each piece has a value and if one player has a greater value of pieces on the board than the other, then they have a material advantage. Instead, AlphaZero is willing to sacrifice material early in a game for gains that will only be recouped in the long-term.

“Impressively, it manages to impose its style of play across a very wide range of positions and openings,” says Matthew, who also observes that it plays in a very deliberate style from its first move with a “very human sense of consistent purpose”.

“Traditional engines are exceptionally strong and make few obvious mistakes, but can drift when faced with positions with no concrete and calculable solution,” he says. “It's precisely in such positions where ‘feeling’, ‘insight’ or ‘intuition’ is required that AlphaZero comes into its own."

The implications go far beyond my beloved chessboard... Not only do these self-taught expert machines perform incredibly well, but we can actually learn from the new knowledge they produce.
Garry Kasparov, Former World Chess champion

This unique ability, not seen in other traditional chess engines, has already been harnessed to give chess fans fresh insight and commentary on the recent World Chess Championship match between Magnus Carlsen and Fabiano Caruana and will be explored further in Game Changer. “It was fascinating to see how AlphaZero's analysis differed from that of top chess engines and even top grandmaster play,” says Natasha Regan. "AlphaZero could be a powerful teaching tool for the whole community."

AlphaZero’s teachings echo what we saw when AlphaGo played the legendary champion Lee Sedol in 2016. During the games, AlphaGo played a number of highly inventive winning moves, including move 37 in game two, which overturned hundreds of years of thinking. These moves - and many others - have since been studied by players at all levels including Lee Sedol himself, who said of Move 37: “I thought AlphaGo was based on probability calculation and it was merely a machine. But when I saw this move I changed my mind. Surely AlphaGo is creative.”

As with Go, we are excited about AlphaZero’s creative response to chess, which has been a grand challenge for artificial intelligence since the dawn of the computing age with early pioneers including Babbage, Turing, Shannon, and von Neumann all trying their hand at designing chess programs. But AlphaZero is about more than chess, shogi or Go. To create intelligent systems capable of solving a wide range of real-world problems we need them to be flexible and generalise to new situations. While there has been some progress towards this goal, it remains a major challenge in AI research with systems capable of mastering specific skills to a very high standard, but often failing when presented with even slightly modified tasks.

AlphaZero’s ability to master three different complex games – and potentially any perfect information game – is an important step towards overcoming this problem. It demonstrates that a single algorithm can learn how to discover new knowledge in a range of settings. And, while it is still early days, AlphaZero’s creative insights coupled with the encouraging results we see in other projects such as AlphaFold,  give us confidence in our mission to create general purpose learning systems that will one day help us find novel solutions to some of the most important and complex scientific problems.