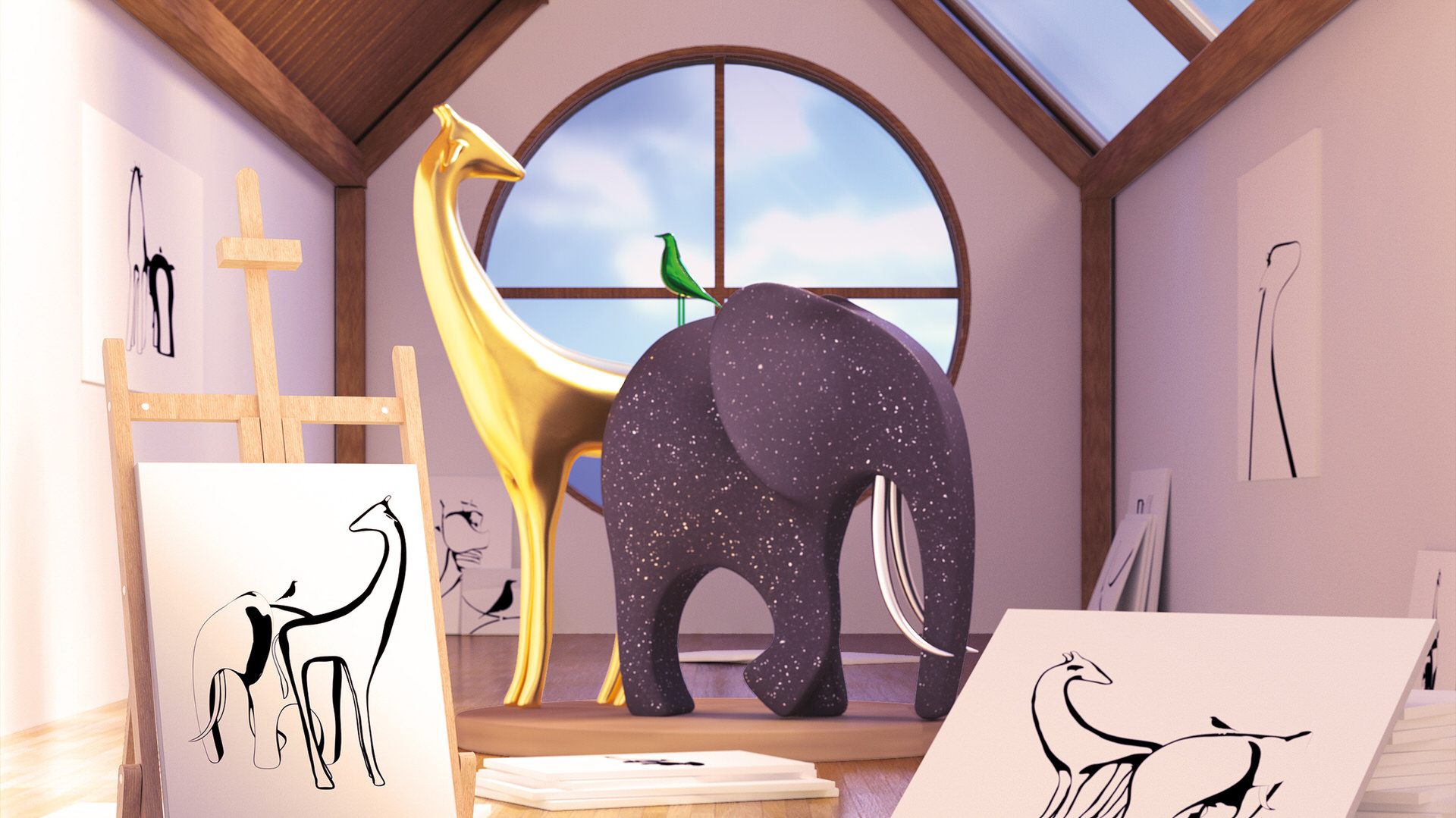 There is more than meets the eye when it comes to how we understand a visual scene: our brains draw on prior knowledge to reason and to make inferences that go far beyond the patterns of light that hit our retinas. For example, when entering a room for the first time, you instantly recognise the items it contains and where they are positioned. If you see three legs of a table, you will infer that there is probably a fourth leg with the same shape and colour hidden from view. Even if you can’t see everything in the room, you’ll likely be able to sketch its layout, or imagine what it looks like from another perspective.

These visual and cognitive tasks are seemingly effortless to humans, but they represent a significant challenge to our artificial systems. Today, state-of-the-art visual recognition systems are trained using large datasets of annotated images produced by humans. Acquiring this data is a costly and time-consuming process, requiring individuals to label every aspect of every object in each scene in the dataset. As a result, often only a small subset of a scene’s overall contents is captured, which limits the artificial vision systems trained on that data. As we develop more complex machines that operate in the real world, we want them to fully understand their surroundings: where is the nearest surface to sit on? What material is the sofa made of? Which light source is creating all the shadows? Where is the light switch likely to be?

In this work, published in Science (Open Access version), we introduce the Generative Query Network (GQN), a framework within which machines learn to perceive their surroundings by training only on data obtained by themselves as they move around scenes. Much like infants and animals, the GQN learns by trying to make sense of its observations of the world around it. In doing so, the GQN learns about plausible scenes and their geometrical properties, without any human labelling of the contents of scenes.

We performed controlled experiments on the GQN in a collection of procedurally-generated environments in a simulated 3D world, containing multiple objects in random positions, colours, shapes and textures, with randomised light sources and heavy occlusion. After training on these environments, we used GQN’s representation network to form representations of new, previously unobserved scenes. We showed in our experiments that the GQN exhibits several important properties:

GQN builds upon a large literature of recent related work in multi-view geometry, generative modelling, unsupervised learning and predictive learning, which we discuss here, in the Science paper and the Open Access version. It illustrates a novel way to learn compact, grounded representations of physical scenes. Crucially, the proposed approach does not require domain-specific engineering or time-consuming labelling of the contents of scenes, allowing the same model to be applied to a range of different environments. It also learns a powerful neural renderer that is capable of producing accurate images of scenes from new viewpoints.

Our method still has many limitations when compared to more traditional computer vision techniques, and has currently only been trained to work on synthetic scenes. However, as new sources of data become available and advances are made in our hardware capabilities, we expect to be able to investigate the application of the GQN framework to higher resolution images of real scenes. In future work, it will also be important to explore the application of GQNs to broader aspects of scene understanding, for example by querying across space and time to learn a common sense notion of physics and movement, as well as applications in virtual and augmented reality.

While there is still much more research to be done before our approach is ready to be deployed in practice, we believe this work is a sizeable step towards fully autonomous scene understanding.