Predicting the past with Ithaca 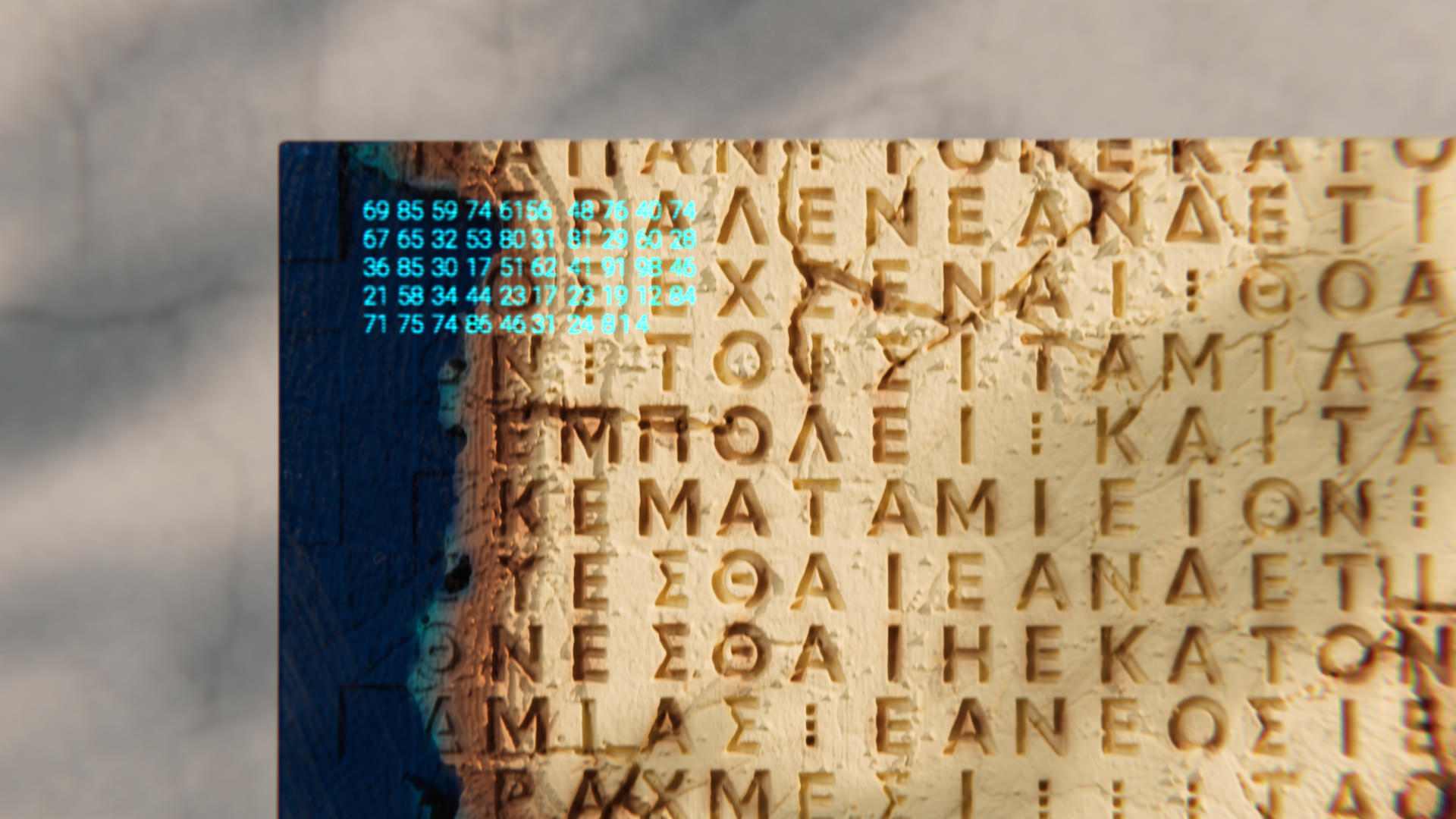 Predicting the past with Ithaca

Restoring, placing, and dating ancient texts through collaboration between AI and historians

The birth of human writing marked the dawn of History and is crucial to our understanding of past civilisations and the world we live in today. For example, more than 2,500 years ago, the Greeks began writing on stone, pottery, and metal to document everything from leases and laws to calendars and oracles, giving a detailed insight into the Mediterranean region. Unfortunately, it’s an incomplete record. Many of the surviving inscriptions have been damaged over the centuries or moved from their original location. In addition, modern dating techniques, such as radiocarbon dating, cannot be used on these materials, making inscriptions difficult and time-consuming to interpret.

In line with DeepMind’s mission of solving intelligence to advance science and humanity, we collaborated with the Department of Humanities of Ca' Foscari University of Venice, the Classics Faculty of the University of Oxford, and the Department of Informatics of the Athens University of Economics and Business to explore how machine learning can help historians better interpret these inscriptions – giving a richer understanding of ancient history and unlocking the potential for cooperation between AI and historians.

In a paper published today in Nature, we jointly introduce Ithaca, the first deep neural network that can restore the missing text of damaged inscriptions, identify their original location, and help establish the date they were created. Ithaca is named after the Greek island in Homer’s Odyssey and builds upon and extends Pythia, our previous system that focused on textual restoration. Our evaluations show that Ithaca achieves 62% accuracy in restoring damaged texts, 71% accuracy in identifying their original location, and can date texts to within 30 years of their ground-truth date ranges. Historians have already used the tool to reevaluate significant periods in Greek history.

To make our research widely available to researchers, educators, museum staff and others, we partnered with Google Cloud and Google Arts & Culture to launch a free interactive version of Ithaca. And to aid further research, we have also open sourced our code, the pretrained model, and an interactive Colaboratory notebook.

Ithaca is trained on the largest digital dataset of Greek inscriptions from the Packard Humanities Institute. Natural language processing models are commonly trained using words because the order in which they appear in sentences and the relationships between them provide extra context and meaning. For example, “once upon a time” has more meaning than each character or word seen separately. However, many of the inscriptions historians are interested in analysing with Ithaca are damaged and often missing chunks of text. To ensure our model still works when presented with one of these, we trained it using both words and the individual characters as inputs. The sparse self-attention mechanism at the model’s core evaluates these two inputs in parallel, allowing Ithaca to evaluate inscriptions as needed.

To maximise Ithaca's value as a research tool, we also created a number of visual aids to ensure Ithaca’s results are easily interpretable by historians:

Our experimental evaluation shows how Ithaca’s design decisions and visualisation aids make it easier for researchers to interpret results. The expert historians we worked with achieved 25% accuracy when working alone to restore ancient texts. But, when using Ithaca, their performance increases to 72%, surpassing the model’s individual performance and showing the potential for human-machine cooperation to advance historical interpretation, establish relative datings for historical events, and even contribute to current methodological debates.

For example, historians currently disagree on the date of a series of important Athenian decrees made at a time when notable figures such as Socrates and Pericles lived. The decrees have long been thought to have been written before 446/445 BCE, although new evidence suggests a date of the 420s BCE. Although it might seem like a small difference, these decrees are fundamental to our understanding of the political history of Classical Athens.

Our training dataset contains the earlier figure of 446/445 BCE. To test Ithaca’s predictions, we retrained it on a dataset that did not contain the dated inscriptions and then submitted these held-out texts for analysis. Remarkably, Ithaca’s average predicted date for the decrees is 421 BCE, aligning with the most recent dating breakthroughs and showing how machine learning can contribute to debates around one of the most significant moments in Greek history.

We believe this is just the start for tools like Ithaca and the potential for collaboration between machine learning and the humanities. Ancient Greece plays an instrumental role in our understanding of the Mediterranean world, but it’s still only one part of a vast global picture of civilisations. To that end, we are currently working on versions of Ithaca trained on other ancient languages and historians can already use their datasets in the current architecture to study other ancient writing systems, from Akkadian to Demotic and Hebrew to Mayan. We hope that models like Ithaca can unlock the cooperative potential between AI and the humanities, transformationally impacting the way we study and write about some of the most significant periods in human history.