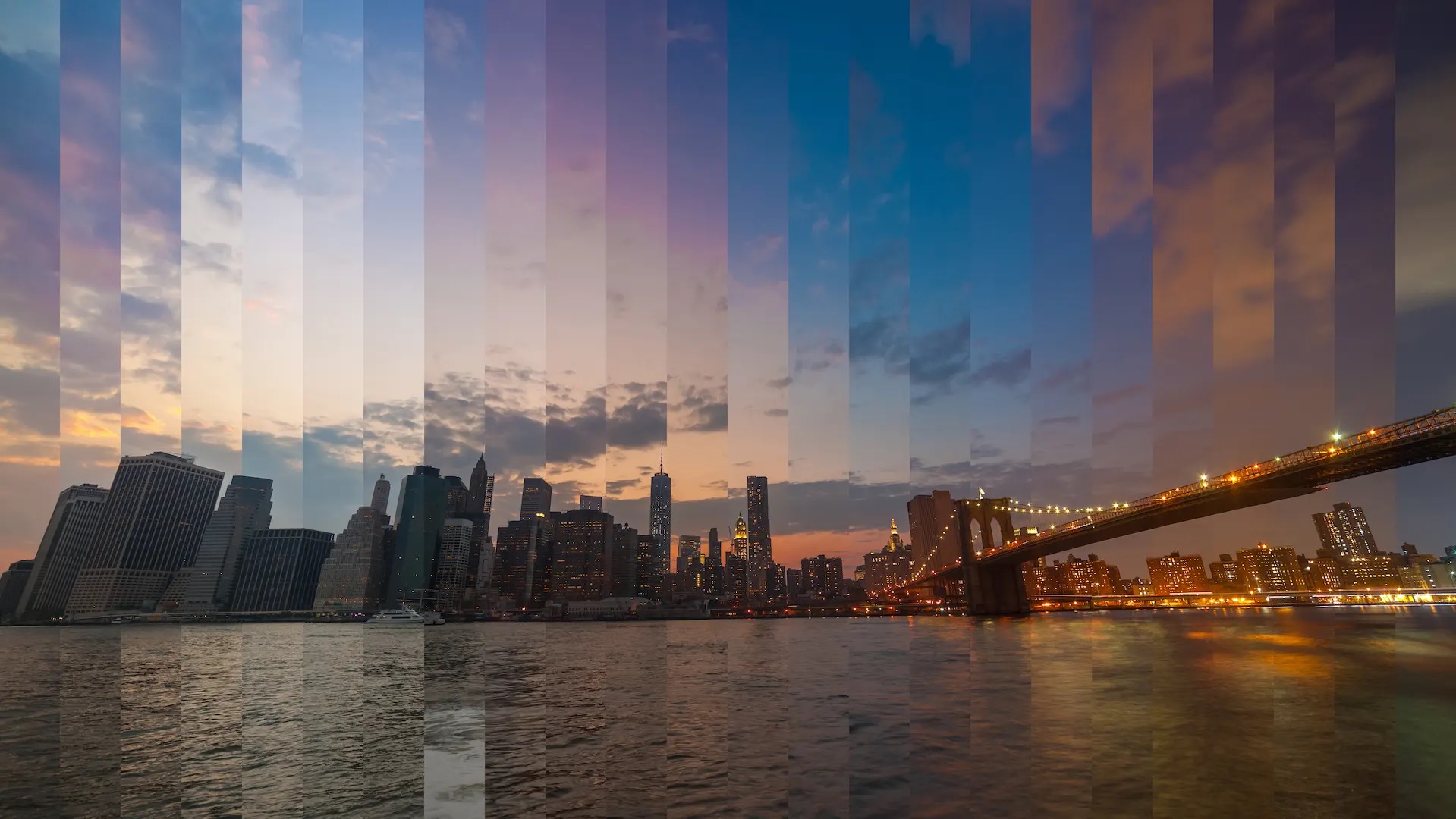 One of a series of posts explaining the theories underpinning our research.

Our waking and sleeping lives are punctuated by fragments of recalled memories: a sudden connection in the shower between seemingly disparate thoughts, or an ill-fated choice decades ago that haunts us as we struggle to fall asleep. By measuring memory retrieval directly in the brain, neuroscientists have noticed something remarkable: spontaneous recollections, measured directly in the brain, often occur as very fast sequences of multiple memories. These so-called 'replay' sequences play out in a fraction of a second–so fast that we're not necessarily aware of the sequence.

In parallel, AI researchers discovered that incorporating a similar kind of experience replay improved the efficiency of learning in artificial neural networks. Over the last three decades, the AI and neuroscientific studies of replay have grown up together. Machine learning offers hypotheses sophisticated enough to push forward our expanding knowledge of the brain; and insights from neuroscience guide and inspire AI development. Replay is a key point of contact between the two fields because like the brain, AI uses experience to learn and improve. And each piece of experience offers much more potential for learning than can be absorbed in real-time–so continued offline learning is crucial for both brains and artificial neural nets.

Replay in the brain

Neural replay sequences were originally discovered by studying the hippocampus in rats. As we know from the Nobel prize winning work of John O’Keefe and others, many hippocampal cells fire only when the animal is physically located in a specific place. In early experiments, rats ran the length of a single corridor or circular track, so researchers could easily determine which neuron coded for each position within the corridor.

Afterwards, the scientists recorded from the same neurons while the rats rested. During rest, the cells sometimes spontaneously fired in rapid sequences demarking the same path the animal ran earlier, but at a greatly accelerated speed. These sequences are called replay. An entire replay sequence only lasts a fraction of a second, but plays through several seconds worth of real experience.

We now know replay is essential for learning. In a number of more recent experiments, researchers recorded from hippocampus to detect a signature of replay events in real time. By disrupting brain activity during replay events (either during sleep or wakeful resting), scientists significantly impaired rodents’ ability to learn a new task. The same disruption applied 200 milliseconds out of sync with replay events had no effect on learning.

While these experiments have been revealing, a significant limitation of rodent experiments is the difficulty of studying more sophisticated aspects of cognition, such as abstract concepts. In the last few years, replay-like sequences have also been detected in human brains, supporting the idea that replay is pervasive, and expanding the kinds of questions we can ask about it.

Incorporating replay in silico has been beneficial to advancing artificial intelligence. Deep learning often depends upon a ready supply of large datasets. In reinforcement learning, these data come through direct interaction with the environment, which takes time. The technique of experience replay allows the agent to repeatedly rehearse previous interactions, making the most of each interaction. This method proved crucial for combining deep neural networks with reinforcement learning in the DQN agent that first mastered multiple Atari games.

Since the introduction of DQN, the efficiency of replay has been improved by preferentially replaying the most salient experiences from memory, rather than simply choosing experiences at random for replay. And recently, a variant of preferential replay has been applied as a model in neuroscience to successfully explain empirical data from brain recordings.

Further improvements in agent performance have come from combining experiences across multiple agents, learning about a variety of different behaviours from the same set of experiences, and replaying not only the trajectory of events in the world, but also the agent's corresponding internal memory states. Each of these methods makes interesting predictions for neuroscience that remain largely untested.

As mentioned above, research into experience replay has unfolded along parallel tracks in artificial intelligence and neuroscience, with each field providing ideas and inspiration for the other. In particular, there is a central distinction, which has been studied in both fields, between two versions of replay.

Suppose you come home and, to your surprise and dismay, discover water pooling on your beautiful wooden floors. Stepping into the dining room, you find a broken vase. Then you hear a whimper, and you glance out the patio door to see your dog looking very guilty.

In the first version of replay, which we could call the "movie" version, when you sit down on the couch and take a rest, replay faithfully rehearses the actual experiences of the past. This theory says that your brain will replay the sequence: "water, vase, dog". In AI terms, the past experience was stored in a replay buffer, and trajectories for offline learning were drawn directly from the buffer.

‍
In the second version, which we might call "imagination," replay doesn’t literally rehearse events in the order they were experienced. Instead, it infers or imagines the real relationships between events, and synthesises sequences that make sense given an understanding of how the world works. In AI terms, these replay sequences are generated using a learned model of the environment.

The imagination theory makes a different prediction about how replay will look: when you rest on the couch, your brain should replay the sequence "dog, vase, water". You know from past experience that dogs are more likely to cause broken vases than broken vases are to cause dogs–and this knowledge can be used to reorganise experience into a more meaningful order.

In deep RL, the large majority of agents have used movie-like replay, because it is easy to implement (the system can simply store events in memory, and play them back as they happened). However, RL researchers have continued to study the possibilities around imagination replay.

Meanwhile in neuroscience, classic theories of replay postulated that movie replay would be useful to strengthen the connections between neurons that represent different events or locations in the order they were experienced. However, there have been hints from experimental neuroscience that replay might be able to imagine new sequences. The most compelling observation is that even when rats only experienced two arms of a maze separately, subsequent replay sequences sometimes followed trajectories from one arm into the other.

But studies like this leave open the question of whether replay simply stitches together chunks of experienced sequences, or if it can synthesise new trajectories from whole cloth. Also, rodent experiments have been primarily limited to spatial sequences, but it would be fascinating to know whether humans' ability to imagine sequences is enriched by our vast reserve of abstract conceptual knowledge.

A new replay experiment in humans

We asked these questions in a set of recent experiments performed jointly between UCL, Oxford, and DeepMind.

In these experiments, we first taught people a rule that defined how a set of objects could interact. The exact rule we used can be found in the paper. But to continue in the language of the "water, vase, dog" example, we can think of the rule as the knowledge that dogs can cause broken vases, and broken vases can cause water on the floor. We then presented these objects to people in a scrambled order (like "water, vase, dog"). That way, we could ask whether their brains replayed the items in the scrambled order that they experienced, or in the unscrambled order that meaningfully connected the items. They were shown the scrambled sequence and then given five minutes to rest, while sitting in an MEG brain scanner.

As in previous experiments, fast replay sequences of the objects were evident in the brain recordings. (In yet another example of the virtuous circle between neuroscience and AI, we used machine learning to read out these signatures from cortical activity.) These spontaneous sequences played out rapidly over about a sixth of a second, and contained up to four objects in a row. However, the sequences did not play out in the experienced order (i.e., the scrambled order: spilled water –> vase –> dog). Instead, they played out the unscrambled, meaningful order: dog –> vase –> spilled water. This answers–in the affirmative–the questions of whether replay can imagine new sequences from whole cloth, and whether these sequences are shaped by abstract knowledge.

However, this finding still leaves open the important question of how the brain builds these unscrambled sequences. To try to answer this, we played a second sequence for participants. In this sequence, you walk into your factory and see spilled oil on the floor. You then see a knocked over oil barrel. Finally, you turn to see a guilty robot. To unscramble this sequence, you can use the same kind of knowledge as in the "water, vase, dog" sequence: knowledge that a mobile agent can knock over containers, and those knocked-over containers can spill liquid. Using that knowledge, the second sequence can also be unscrambled: robot –> barrel –> spilled oil.

These abstract codes, which incorporate the conceptual knowledge that lets us unscramble the sequences, may help the brain to retrieve the correct item for the next slot in the replay sequence. This paints an interesting picture of a system where the brain slots new information into an abstract framework built from past experiences, keeping it organized using precise relative timings within very fast replay sequences. Each position within a sequence could be thought of as a role in an analogy (as in the above figure). Finally, we speculate that during rest, the brain may explore novel implications of previously-learned knowledge by placing an item into an analogy in which it's never been experienced, and examining the consequences.

Coming back to the virtuous circle, analogy and abstraction are relatively underused in current neural network architectures. The new results described above both indicate that the imagination style of replay may be a fruitful avenue to continue pursuing in AI research, and suggest directions for neuroscience research to learn more about the brain mechanisms underlying analogy and abstraction. It's exciting to think about how data from the brain will continue helping with the advance toward better and more human-like artificial intelligence.