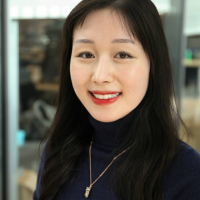 Kimberly was a DeepMind scholar in 2018, when she started studying for her Masters degree in Machine Learning at UCL.

A second-generation South-East Asian immigrant to the UK, she went to a girls’ school in north London. After studying Maths & Economics at London School of Economics, she worked in finance until changing path and returning to university. Having scholarship support and mentorship gave her the confidence to apply for and win a place on UCL’s Machine Learning PhD programme to research anomaly detection, which has applications in areas such as fraud detection, medical diagnosis and baggage inspection.

"I was apprehensive about getting a degree in engineering or computer science. I didn’t really know anyone in my community, women in particular, who had pursued engineering degrees - but I knew that having the support of DeepMind would make me feel more confident about doing it."

In conversation with Kimberly

What led you to pursue a Masters degree?

I always wanted to do a Masters but when I graduated I didn’t have the funds. So, I decided to work and save up. It was popular among my peers to go into careers in finance, so I worked at Barclays in Canary Wharf for two years, in compliance and financial crime. That’s how I first started to get interested in security. A lot of it was analytical, but I was missing the number-crunching, which is why I went back to uni! At LSE (London School of Economics), I’d taken some modules in statistics and computer science, which I’d really liked. And machine learning was a combination of those.

How did you find out about DeepMind?

I knew about AlphaGo and there was a documentary on Netflix I’d watched. But I didn’t find out about the DeepMind scholarships until soon before I started my Masters. I got an email saying DeepMind was working with the Windsor Fellowship to offer scholarships. And I thought, well, I might as well take the chance to apply. I remember scaring everyone in the office at Barclays when I heard the news!

Growing up, I always had an interest in computers. But I was apprehensive about getting a degree in engineering or computer science. I didn’t really know anyone in my community, women in particular, who had pursued engineering degrees. I went to a girls school in north London, and it was unusual for anyone there to pursue hard sciences or engineering. I also had some interest in exploring academia but again didn’t know anybody who had followed this route. I knew that having the support of DeepMind would make me feel more confident about doing it.

How has the scholarship programme impacted your journey?

My initial plan was to make a career change with the help of my Masters. I had a small interest in academia but I wasn’t confident that I could go down the academic route. The barriers to entry seemed difficult, but after a career break I really enjoyed studying again, and combined with the support from DeepMind, it gave me the confidence to apply for the PhD programme. That’s the main takeaway of the scholarship. I would never ever have thought of doing a PhD if it weren’t for this opportunity.

How has the mentoring worked?

Growing up I didn’t have much exposure to how research worked, or the processes involved. My mentor, Jane, has a similar background to me – she’s an Asian woman – and that gave me confidence about pursuing research. She’s had a traditional academic career and she’s now at DeepMind as a research scientist. I’ve had support in getting an understanding of technical topics, career advice, and navigating the academic world.

What are the other benefits of the scholarship?

Having contact with DeepMind - the main benefit is building the relationship with DeepMind and talking to some of the research scientists, which I found very inspiring. I get to join a network of DeepMind scholars, too. The team at DeepMind also organised a careers day which I found very helpful. They gave advice on interviewing, preparing your CV, and meeting future employers’ technical expectations during the recruitment process. Also, they funded me to attend my first academic conference. That was great - seeing cutting-edge research really invigorated my interest in machine learning. At the conference I got to attend a Women in Machine Learning event, and it was good to become part of a support group.

What advice would you give a woman in the position you were – working, thinking about a change of direction?

I’d say, have faith in yourself and give it a try. You don’t know what will happen unless you just go for it. Everything is a learning experience. Take the plunge!

Thoughts from our scholars
Hear about the scholarship programme from some of our DeepMind scholars.

Kimberly
Kimberly developed the confidence and ambition to pursue a PhD during her Masters.
Kimberly's story 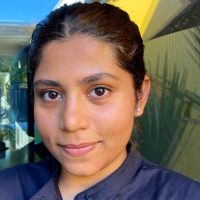 Aishni
Aishni grew up in India wanting to be an engineer and studying math and sciences. At the time she was the only girl enrolled in STEM classes at her high school.
Aishni's story 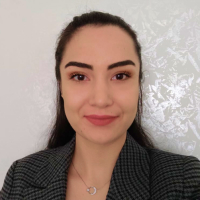 Yağmur
Yağmur’s scholarship allowed her to return to university from an industry role sooner than she'd expected.
Yagmur's story 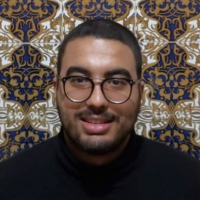 Imad
Imad believes that AI can help solve pressing challenges for many communities – including in his hometown in northern Morocco.
Imad's story 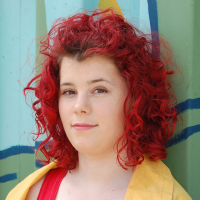 Victoria
Victoria came from a non-computer-science background when she applied for a DeepMind scholarship.
Victoria's story 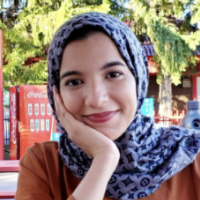 Sanae
Sanae was born in Morocco and attended CentraleSupélec in France after completing a two-year intensive programme in science.
Sanae's story 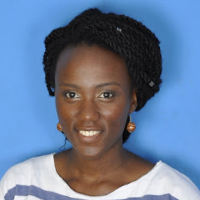 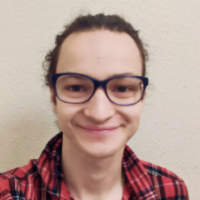 Raymond
As the first in his family to pursue higher education, Raymond navigated the academic world though his scholarship experience.
Raymond's story