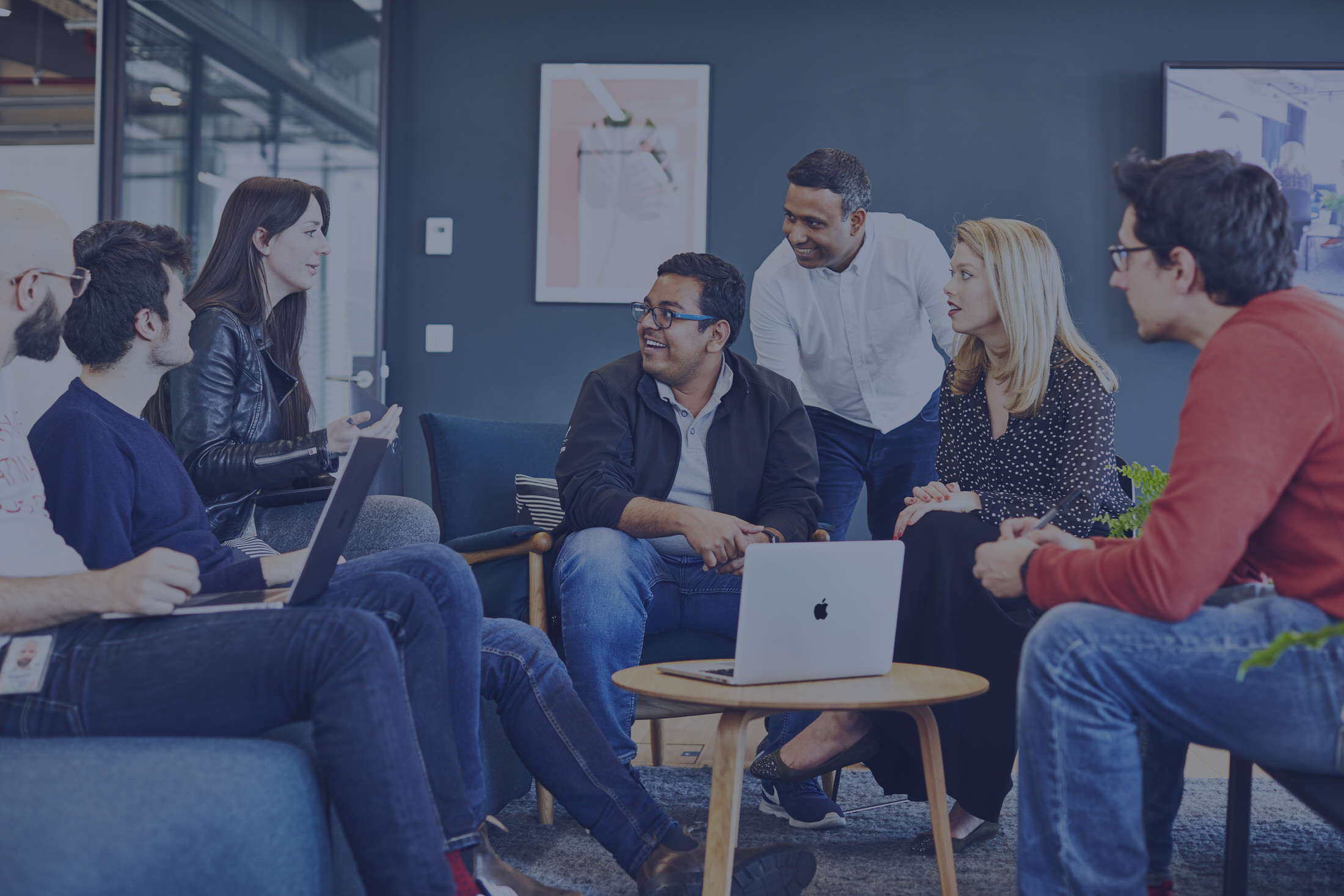 We are mainly based in London and Mountain View, California, and work on a variety of applications for machine learning.

Our collaborative efforts have reduced the electricity needed for cooling Google’s data centres by up to 30%, used WaveNet to create more natural voices for the Google Assistant, and created on-device learning systems to optimise Android battery performance.

Working at Google scale gives us a unique set of opportunities, allowing us to apply our research beyond the lab towards global and complex problems. This way, we can demonstrate the benefits of our work on systems that are already optimised by brilliant computer scientists. 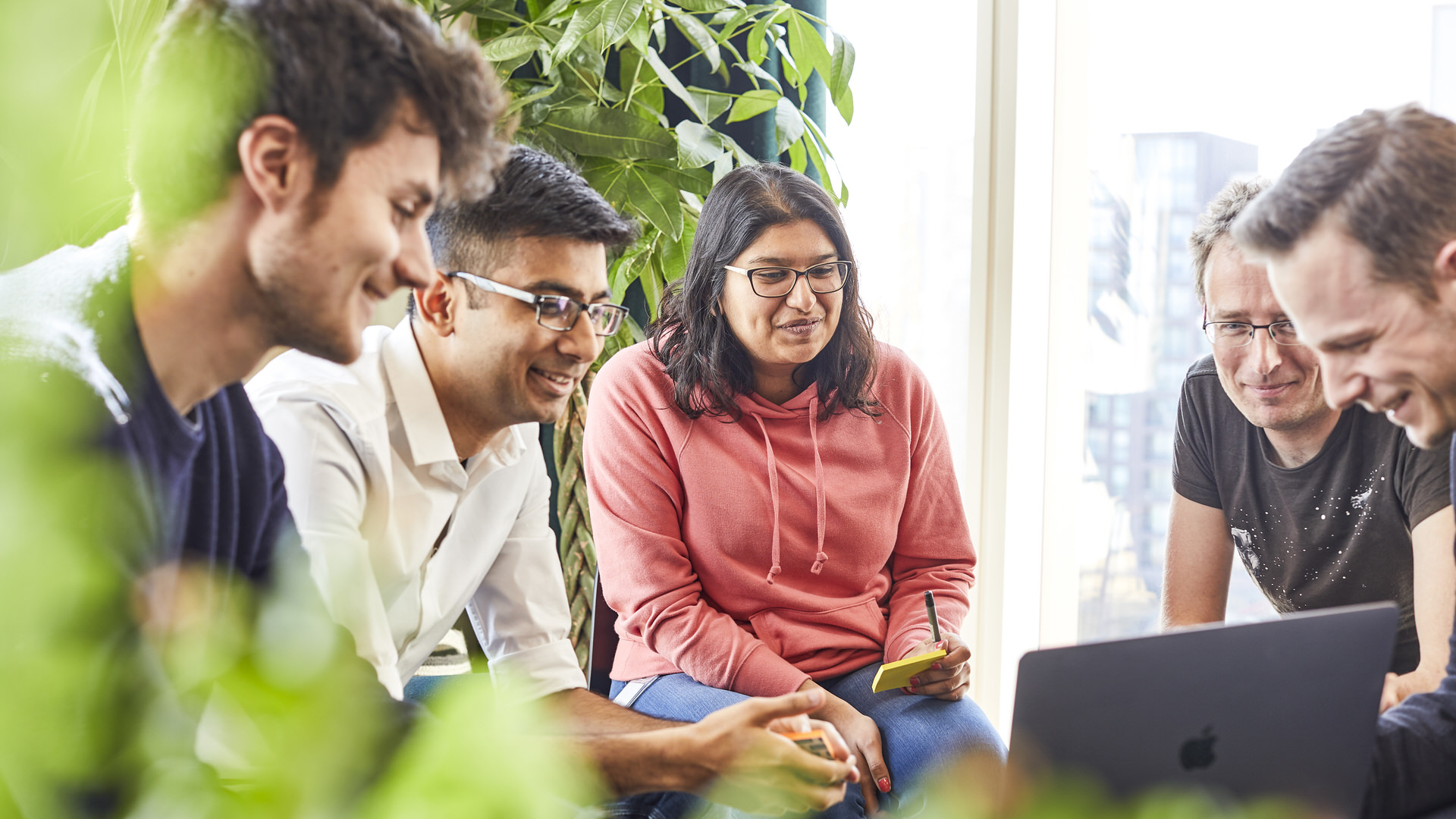 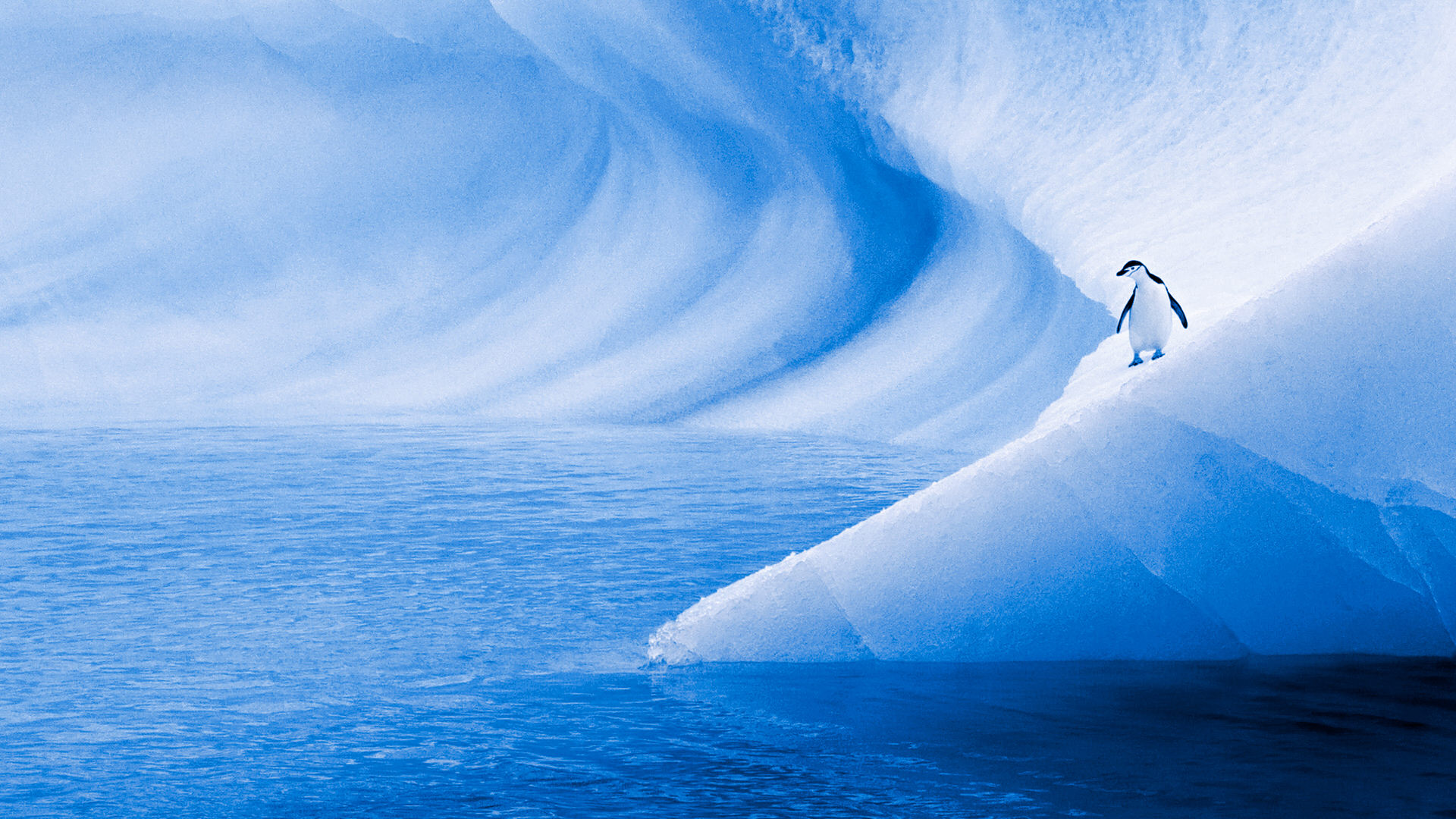 In 2016, we worked with Google to develop an AI-powered recommendation system to improve the energy efficiency of Google’s highly-optimised data centres.

Two years later, we announced the next phase of this work: a safety-first AI system to autonomously manage cooling in Google's data centres, while remaining under the expert supervision of data centre operators.

This pioneering system is delivering consistent energy savings and has also discovered a number of innovative methods for cooling - many of which have since been incorporated into the data centre operators’ rules and heuristics. 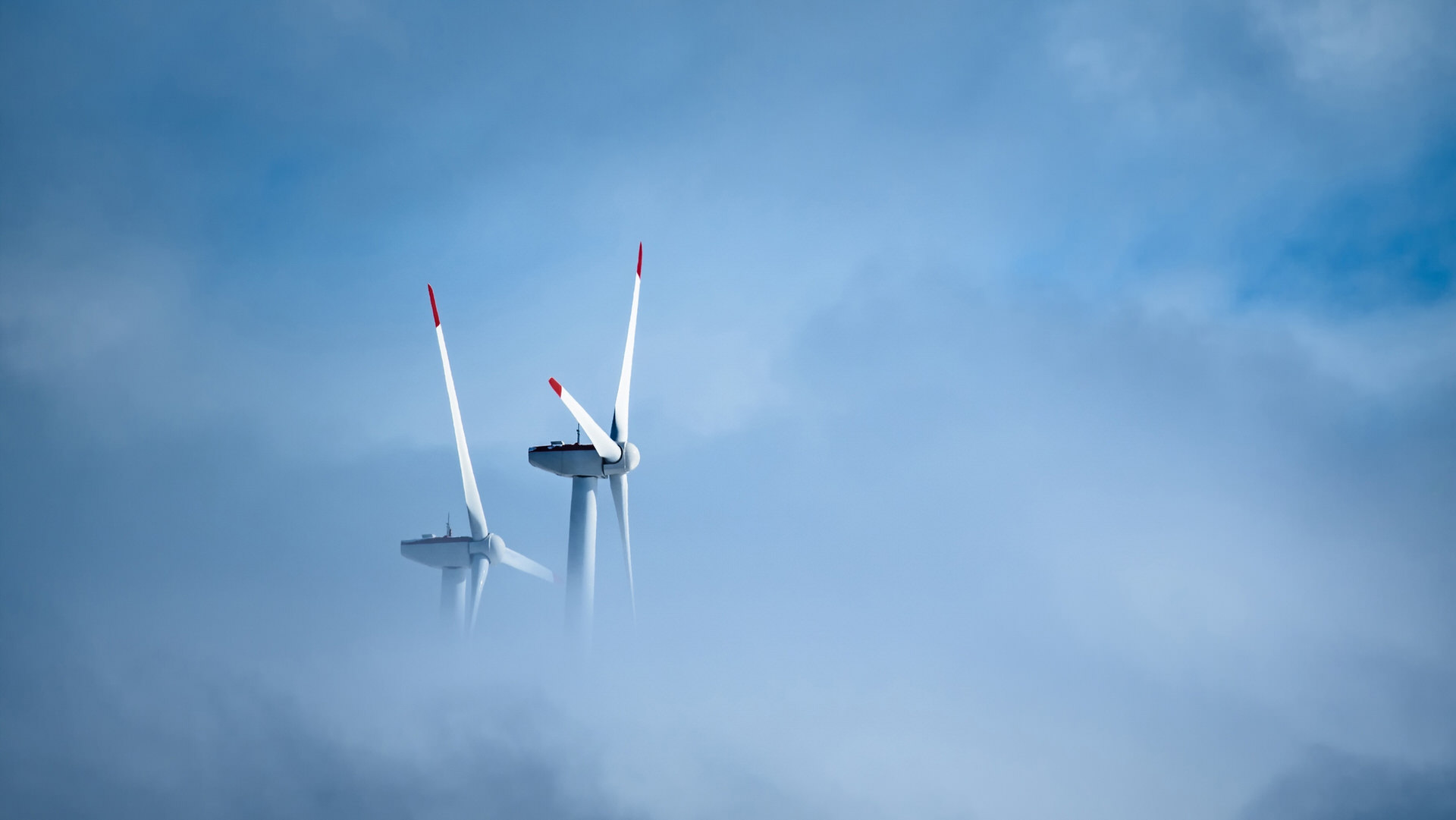 Increasing the value of wind power

In 2018, DeepMind and Google started applying machine learning to 700 megawatts of wind power capacity in the central United States to help increase the predictability and value of wind power. Using a neural network trained on widely available weather forecasts and historical turbine data, we configured the DeepMind system to predict wind power output 36 hours ahead of actual generation.

Based on these predictions, our model recommends how to make optimal hourly delivery commitments to the power grid a full day in advance. Our hope is that this kind of machine learning approach can strengthen the business case for wind power and drive further adoption of carbon-free energy on electric grids worldwide. 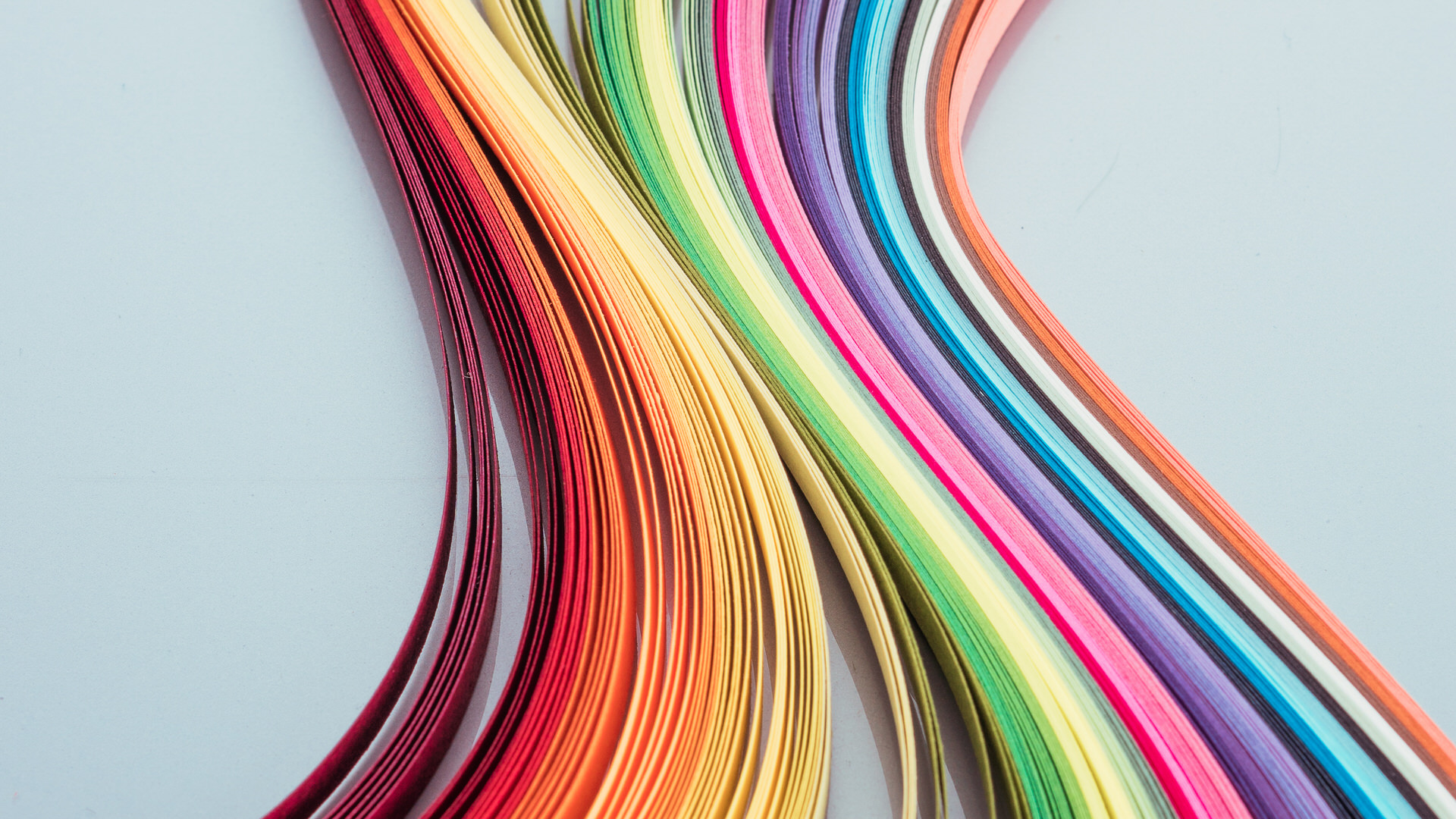 In 2016, we introduced WaveNet, a deep neural network capable of producing better and more human-sounding speech than existing techniques. At that time, the model was a research prototype that took one second to generate 0.02 seconds of audio and was too complex to work in consumer products.

After 12 months of intense development, working with the Google Text to Speech and DeepMind research teams, we created an entirely new model with speeds 1,000 times faster than the original.

This is now in production and is used to generate hundreds of voices for the Google Assistant, while Google Cloud Platform customers can also now use WaveNet generated voices in their own products through Google Cloud’s Text-to-Speech.

This is just the start for WaveNet and we are excited by the possibilities that a voice interface can unlock for all the world's languages. 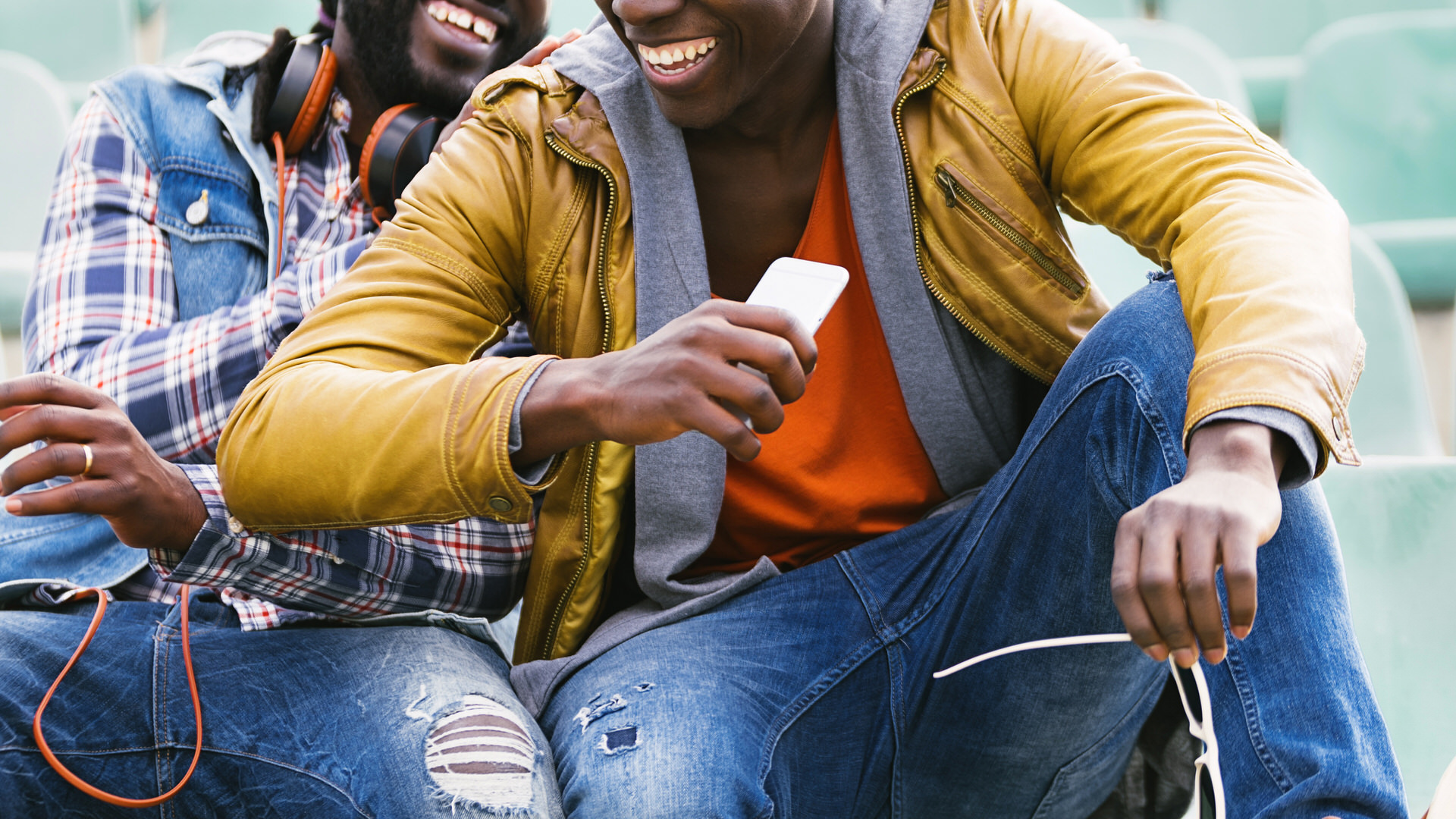 Adaptive Brightness is a personalised experience for screen brightness, built on algorithms that learn your brightness preferences in different surroundings.

This is the first time we've used techniques that run on the compute power of a single mobile device, which is exponentially less powerful less than most machine learning applications. 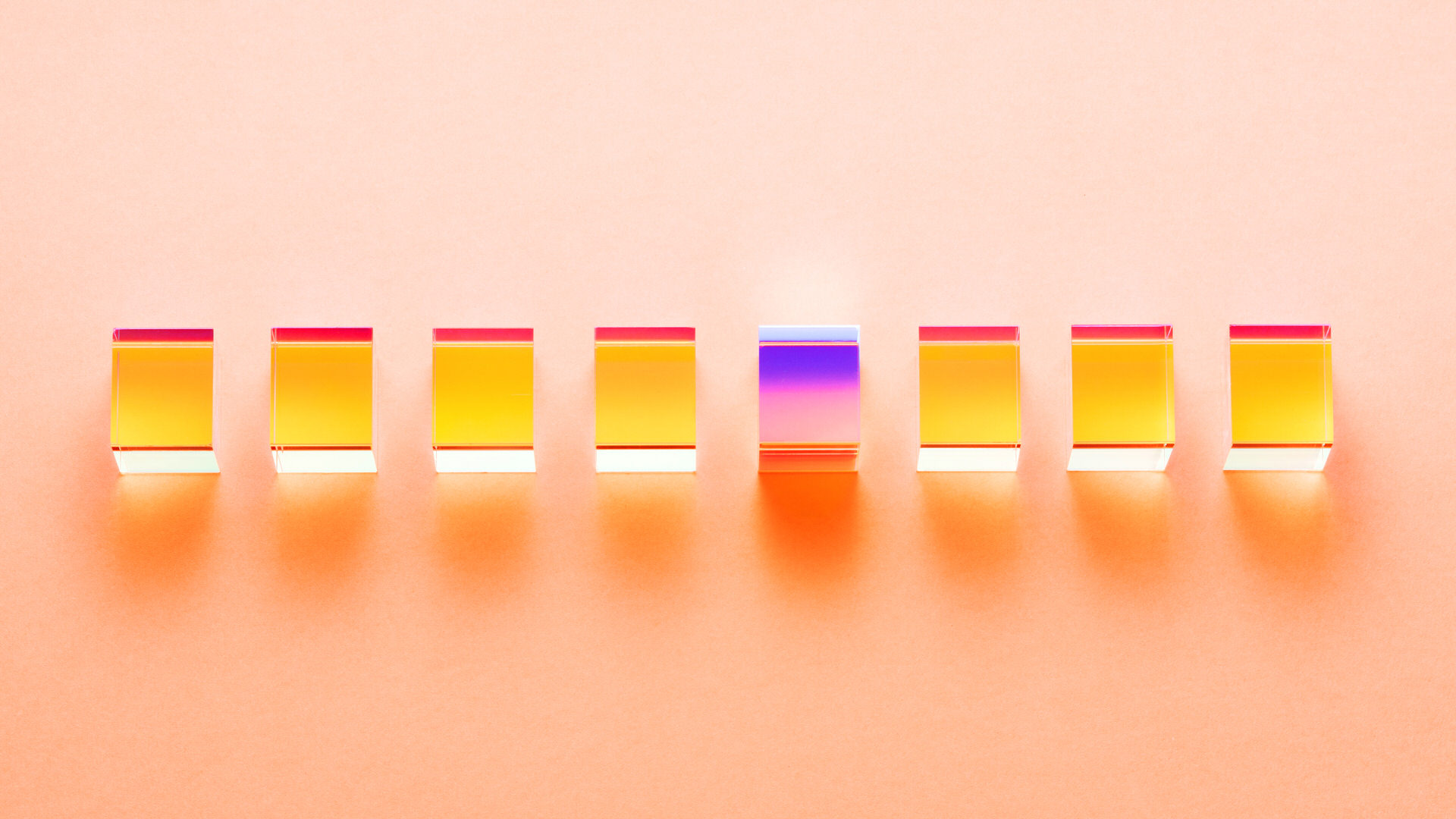 Together with the Google Play team, we are coming up with personalised recommendations for millions of their customers. To tackle this challenge, we are evaluating a series of machine learning techniques to recommend apps that users will more likely download and enjoy.

Ingrid holds a PhD in applied maths, where she developed algorithms to efficiently run physics simulations. Before joining DeepMind, she worked at Google and YouTube, using machine learning for video classification and recommendations.

“Everyone at DeepMind brings new ideas and different ways of tackling problems." 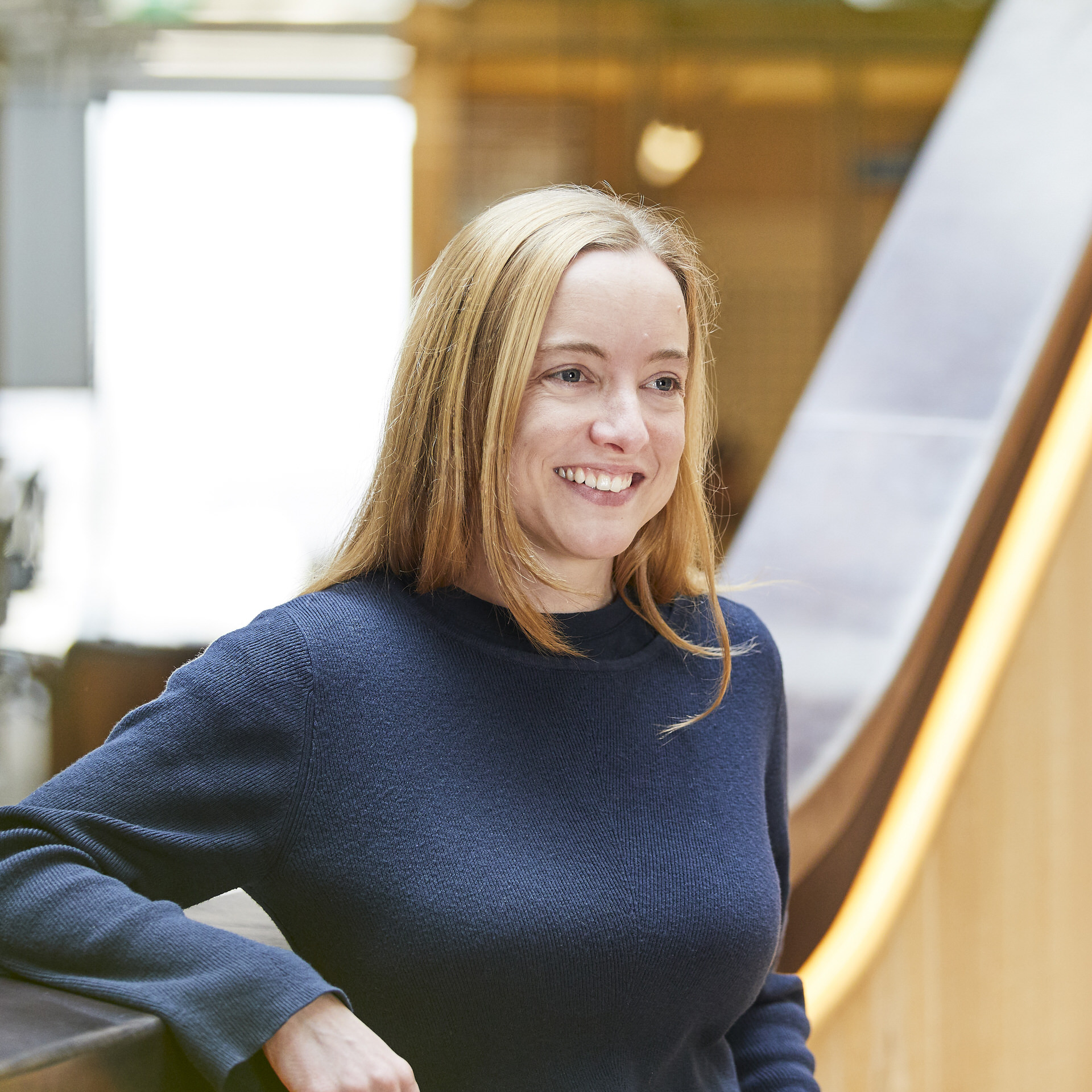 Norman earned his MSc in machine learning at the University of Montreal. He has worked for an online music service, a startup in Seattle, and joined the Machine Intelligence group at Google to work on automatic knowledge extraction.

Norman focuses on everything WaveNet and its applications and helped it undergo several major enhancements.

“DeepMind's the ideal playground for anyone with a rich set of interests.” 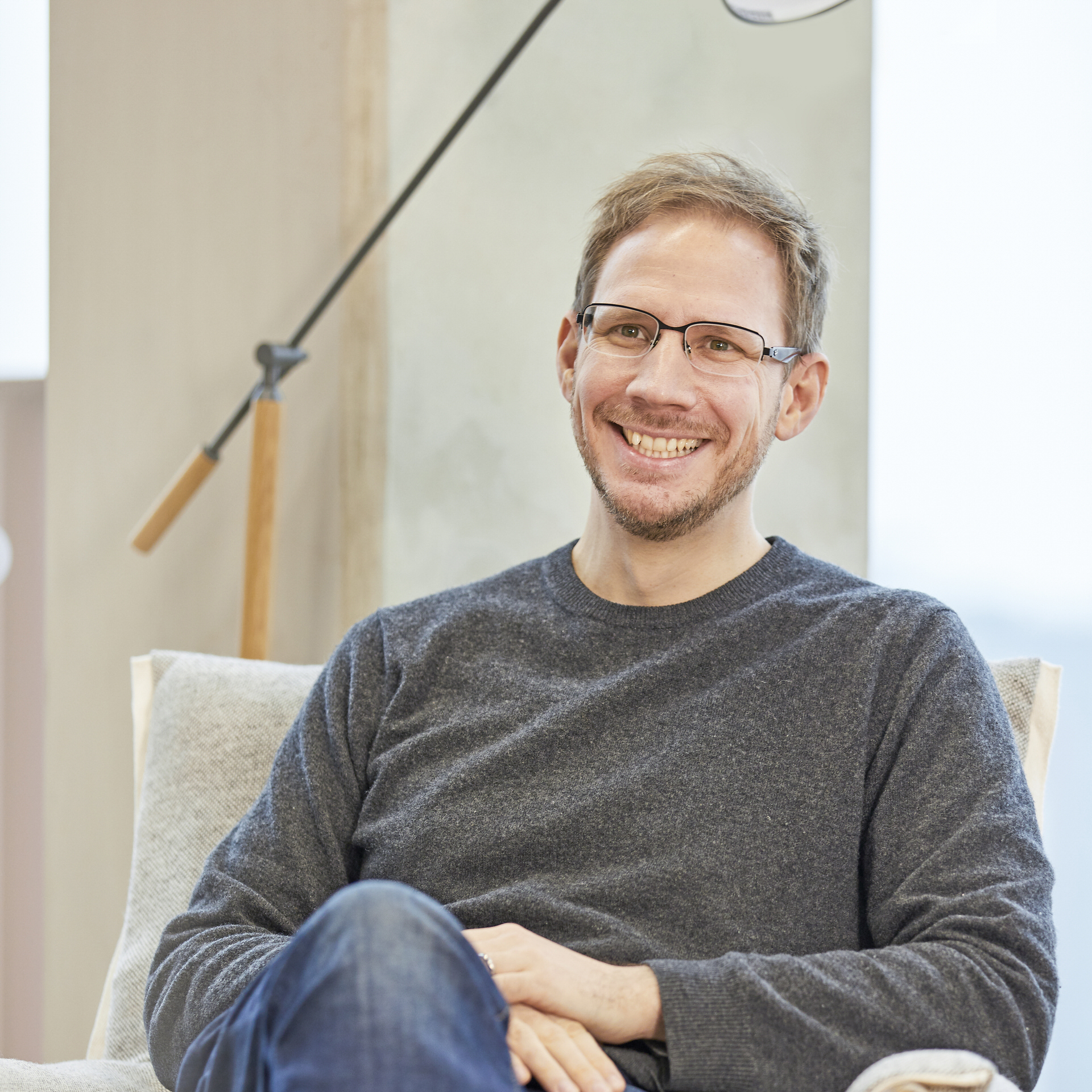 Praveen has a masters in information engineering and worked in software engineering for over eight years. At DeepMind, he started scaling and applying AI to solve real-world problems.

Praveen and his team partner with DeepMind researchers and Google product teams to use cutting-edge machine learning for improving Google products and systems.

“It's truly a unique opportunity to collaborate with such a highly talented set of people.” 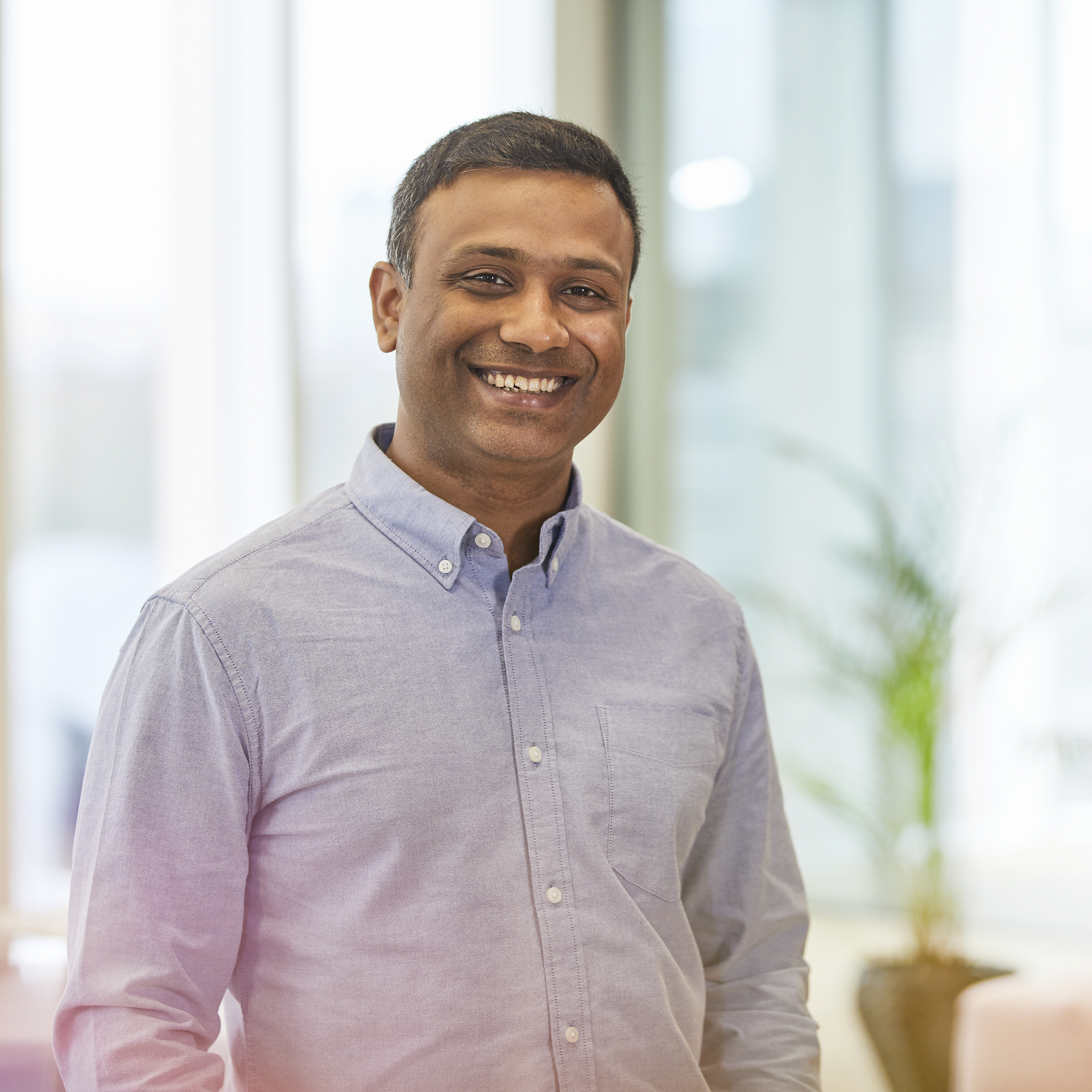 Scaling our work for the real world can be messy and difficult. The Applied research team addresses the challenges of deploying machine learning in the real world in a safe, robust, and fair manner.
Find out more

Publication
Challenges of real-world reinforcement learning
Presenting a set of nine unique challenges that must be addressed to productionise RL to real-world problems.
Download

Publication
Deep reinforcement learning in large discrete action spaces
Applying reasoning in an environment with a large number of discrete actions to bring RL to a wider class of problems.
Download

Publication
Do deep invertible generative models know what they know?
Demonstrating that deep generative models can assign higher density estimates to out of distribution dataset than to the training data.
Download